What the Media is Really About 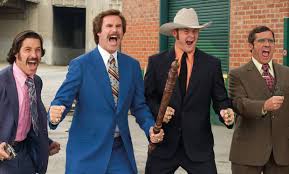 The media is NOT LIBERAL or CONSERVATIVE. It's divisive and sensational. When Bernie Sanders was running they ignored him and then asked him how he was going to pay for any of his proposals. Trump is promising more than Sanders and nobody in the so-called liberal media is asking a damn thing about how he plans to pay for any of what he wants to do. Also, Trump has been accused of rape by several different women and the media has ignored it. Real liberal.

In the way corporations only care about money, the media also only cares about money. How do they get money??? Through ratings. What leads to the best ratings? Is it facts? Sadly, no. Look around Facebook. Bullshit memes get shared a million times over before any actual truth. What makes people watch the news more than anything? Fear. The news media has Americans believing that crime is up. When it is in fact the opposite. Just look at the graphics they use on the news. Every storm is the storm of the century. Every murder is treated like a new phenomenon. Take my hometown, Chicago. The perception is that things are out of hand, and yes, the violence is terrible, but it's been a violent city for about a century now. Hell, compared to the 90s this decade is Leave it to fucking Beaver!

You hear people over 40 say that things were so much better when they were kids. Bullshit. They just didn't have Facebook, Twitter, and 24 hour news networks trying to scare everyone into keeping their fat kids inside so they'll just watch more TV and think they need whatever bullshit product your TV is pimping this week.

I encourage all of you to read a history book or six. Go for a walk. Meet and talk to people outside of your normal social circles. Try new foods, have an afternoon drink, draw a picture, listen to an album from start to finish, throw the ball around, fuck, and please try not to be scared pieces of shit.

NOT SAFE FOR WORK! Joe Kilgallon on Oral Sex