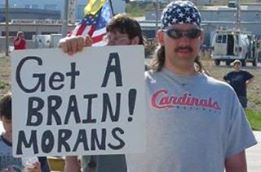 As of May of 2013 Facebook has over 1.1 Billion users! Which makes it the perfect tool for spreading lies.

Now look, I believe social media has a place in our society. Shit, most of you are reading this because of a link I posted saying, “look at me, look at me.”  Social media has been a great tool for getting together with old friends, launching a small business, and creeping on the summer vacation pics of the girl who works down the hall. Side note: If your summer album doesn’t include one bathing suit pic, I’m going to assume you had a shitty summer, unless you’re a pasty freak like me, in that case I’m with you. Fuck the Sun!

My biggest gripe with Facebook, Twitter, and all the other websites designed to make you day dream about a better life while you’re at work, is that nobody polices them! Which is the same reason I hate Yelp.com (http://www.youtube.com/watch?v=qnzWOzO-8uI). I’m not advocating for a Chinese Government styled censorship of the site, but there should be a bullshit flag thrown at anyone who posts a meme that’s a lie. I’ve always liked ebay because if you sell something that is a piece of shit, you’ll get a bad review and will have trouble trying to sell again. Society would benefit greatly if Facebook or Twitter adopted these repercussions. Post whatever you want, just know that you’ll be exposed as an asshole for posting a picture of Bill Cosby next to something he never said.

Some of you may be thinking, “now Joe, I’m just sharing something a friend of a friend posted. How was I supposed to know that it wasn’t true?” Um, let’s see, you can try typing it into fucking google and seeing what comes up. I mean you’re already on the internet. Use it to enlighten yourself. The number of people who think there are 28 amendments is frightening. I’ve been seeing this post shared throughout Facebook over the last few weeks.

No the President didn’t forget about this one, because it’s not a fucking law!

Somewhere a social studies teacher read that and cried while trying to get her Ford Focus to start. The person who posted that deleted it after I commented that there were in fact only 27 amendments. The post gets cut off but it says if everyone shares this we can stop Obama Care or the Affordable Care Act or the end of the world as we know it, whatever the fuck its called. This propaganda has been shared thousands of times and damn it, I’m just too busy winning the Cup in NHL 2013 to correct all of these people! Facebook has made it incredibly easy for people who can name only 4 amendments to bitch about politics. Where once these people would rant by themselves in the corner of a bar, they now have Facebook. That’s kind of scary. With so much information being thrown at everyone it’s easy to be worked into a frenzy, but we’re better than this! We have all the information in the world in our pockets! Let’s use it for good.

I will admit to being a social media whore myself. Again, I have no problem with people posting whatever they want to post. I enjoy reading everyone’s opinions, but if you’re going to post a fact. FUCKING CHECK IT! If you’re going to spread lies at least make them about how awesome you are!

All it does is make me wish Facebook was still just for college kids creeping on each other. 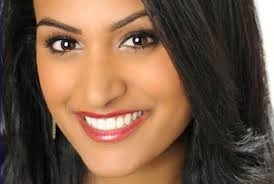 Latest Podcast is Up!